There is one simple explanation and several more complex explanations.

The simple explanation is that a is a device used to produce electrical signal from an . Some auditory signal finds its way into the microphone, and it causes a physical response, and that causes an electrical signal to be transferred to the audio board.

The more complex explanations can be split into two main parts for this book: , and . Condenser microphones need an electrical signal to be sent to the microphone. The , the bit that responds to the physical auditory signal, is an conductive membrane that will move back and forth to complete a circuit. Importantly there is a break in the circuitry, and a resistor completing it slightly before the diaphragm. The resistor is slightly less resistance than the resistance cause by the break in the circuit, so while a not significant amount of pressure is on the diaphragm, the electrical signal is going through the resistor and, hopefully, sends back a clean blank signal to the board. However, when an auditory signal puts pressure on the diaphragm, it completes the circuit and sends back a signal that is clean, crisp, and clear (as shown below). 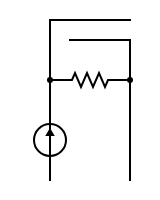 the physical sound waves created by something

A Microphone that transmits audio signal as electrical signal by completing a circuit.

A Microphone that produces its own electrical current through the movement of a coil against a battery.

Getting the Best Drum Sounds in a Small Venue by Benjamin Pyke is licensed under a Creative Commons Attribution-NonCommercial 4.0 International License, except where otherwise noted.